Register to manage your collection for free!

Times have changed, Generations have changed!! The words Comic Book
and Toys are not only directed towards the little ones but a whole
line of obsessed collectors between the ag...

Times have changed, Generations have changed!! The words Comic Book
and Toys are not only directed towards the little ones but a whole
line of obsessed collectors between the ages of 20 to who knows how old
these days. I remember going to the very first few Comic/Toy
Conventions in the United States where a few collectors would gather to
trade their collectibles, have the pleasure of being able to view
other collectors treasured pieces and chit chat about their favorite
movies, cartoons, and comic books. Fast forward 20 years and now main
line movie/tv industry, cartoon networks, comic and toy company logos
fill the gigantic convention venues (over 80,000 sq feet) facilitating a
gathering of over 120,000 collectors/enthusiasts with over 1000
exhibitors at each convention.

I have been an avid collector for over 30 years now
but my collection goes back to the late 1950’s boasting a wide
collection of Tin Cars from my Father's Collection, and Action Figures,
Comic Books, and other memorabilia from the 70's onwards. Over the
last 3 years it has been a very interesting journey connecting with
others with similar interests in Dhaka over social media and small
meets.

I randomly opened a facebook page called Saadi's
Collectibles (a page showcasing my collection over the years) just to
see who was out there with similar interests in Dhaka, Bangladesh.
Slowly but surely interest grew and i met some amazing individuals. A
few years back there were hardly any places to buy comic books and
collectibles.A close friend of mine named Syed Abu Yousuf launched
RollOut Clothing selling superhero t-shirts. I still remember during
the launch i was telling Abu how it would be awesome to have Dhaka's
own Comic Con and that someday i would make sure it happened. We
laughed about it and the dream continued. In my line of work which is
music i met another special individual Shahriar Nabi Orchi who was not
only a guitar player but also an avid collector. During Jam sessions
we too spoke about our addiction of action figures and perhaps someday
having our own Comic Con. Soon after came SRK shop Hollywood which
was a collectors haven!! Credit goes to Shiplu Rahman Khan for opening
such a place. Another fanatic just like me! Just around that time
Jamil Alamgir Khan another Comic Book fanatic opened Jamil's Comics
and Collectibles; another super comic book and collectibles store!!
Very soon after a lot more groups started springing up on Facebook,
one of the best ones being Action Figure Lovers and Collectors in
Bangladesh!! As i mentioned earlier i met some of my best collector
friends here. You all know who you are!!

Amongst these crazy collectors i gained yet another
great friend Nesar Nadim Talukder who shared a very similar passion
and vision as mine. We too discussed the Con and the future of pop
culture in Bangladesh!! In the middle of all this I had the
opportunity to visit Mint Museum of Toys in Singapore and the recently
opened Bat Cat Museum of Toys in Bangkok... Utmost Respect to the
Owners and their amazing collection. So i started to wonder if
Singapore and Bangkok can boast these toy museums why can't Dhaka?
Hence my focus went in two directions now...First the Dhaka Comic Con
and then at some point a Toy Museum. In the end of 2012 after trying
to convince so many people that there was something here in Pop
Culture, Samdani Art Foundation and Ananta Group believed in the idea
and Dhaka Comicon as we like to call it in short became a reality. A
big thank you to each and every collector that helped. Now turning one
dream into a reality and looking forward to a Bigger &amp; Better
Dhaka Comicon 2013, I'm working to bring you the very first Toy Museum
in Dhaka in March 2013..."Dhaka Museum of Toys"!!None 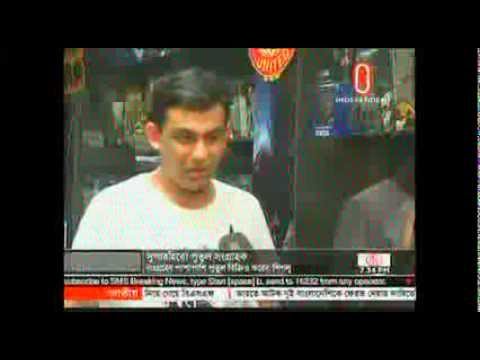 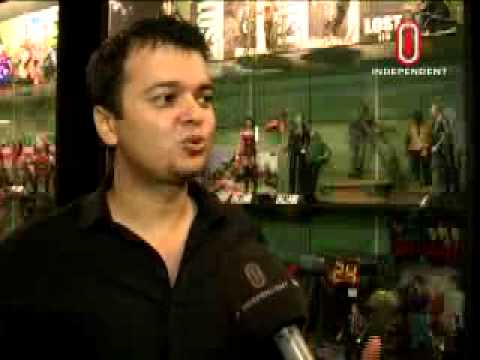 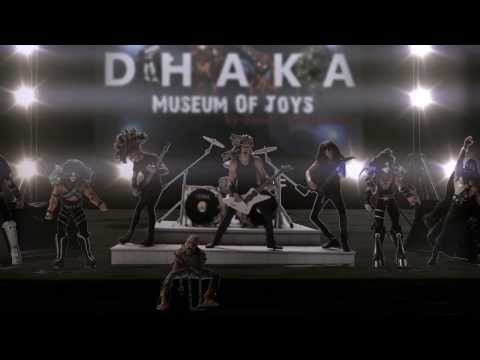 If you don't already have an account, register for free to get started.